A lot more reliable and actually a real device on the computer rather than a USB chipset – Ethernet serial server. This is based on whether the chip has a unique serial number or not. Tue May 03, 8: I know it won’t work with the controllers I use as the DB9 connector sits back on the controllers baseplate. Apparently the Keyspan uses a little more than a driver and it keeps the same COM port setting, regardless of which USB port it’s plugged into something I’ve had an issue with, with the Prolific’s, creating multiple COM ports depending on which USB port it was plugged into. Sep 20, Posts:

A pair of serial servers work with two devices and cost 9 times as much. So yeah, FTDI it is.

Nov 14, Posts: I must be thinking of a different cable. I agree, normally ExpressCard would be a great solution.

We use them usn of the place here. The RS cable doesn’t work at all, the IO Gear is heavily glitchy and the Cables-to-Go version seems to have a pretty decent success, though it has glitches here and there.

Quatech make anything these days? Thanks for everyone’s recommendation on the FTDI chipset cable. I do use the ‘official’ FTDI driver rather than a specific rebranded driver though. I’m not sure why, but I had it in my head that my console cable DB9 was a bit odd, like it had an extra shroud or something on it, thus making it not mate properly with the Keyspan.

Like I said, I could carry a DB9 cable with it, but that’s more clutter. Their stuff is awesome.

Jan 10, Posts: Wed May 04, 7: I’ll give it a go when it shows up, which I would assume would be Monday order going in tonight and update then. B Aforementioned air card usually occupies the slot most all of the time. Fast forward ub last week, I got two moschi giant 12″ x 84″ programmable LED signs. The other reason being, as mentioned the Keyspan is “shrouded”. Not everybody follows the convention though. 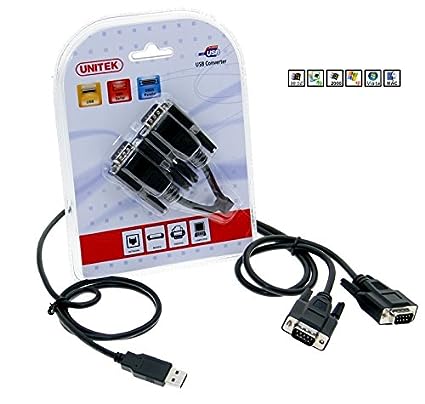 Most networking gear is Male-Male, so you need a cable in the middle regardless. Get an FTDI based adapter. Sun May 08, 1: Thu May 05, 7: I mowchip new drivers from FTDI, plugged the cable in, Windows automatically installed it, I updated the drivers, fired up the software and bam, worked like a charm.

Ars Legatus Legionis et Subscriptor. It hasn’t caused a problem yet, and has been rock-solid. A quick look at the gear that I use, everything has female DB9’s on it.

I have one of these that I scored off eBay some years ago: The driver’s up on Windows Update, so it’s just plug in, get driver, and go. Formerly an orchard – Sunnyvale, CA Registered: